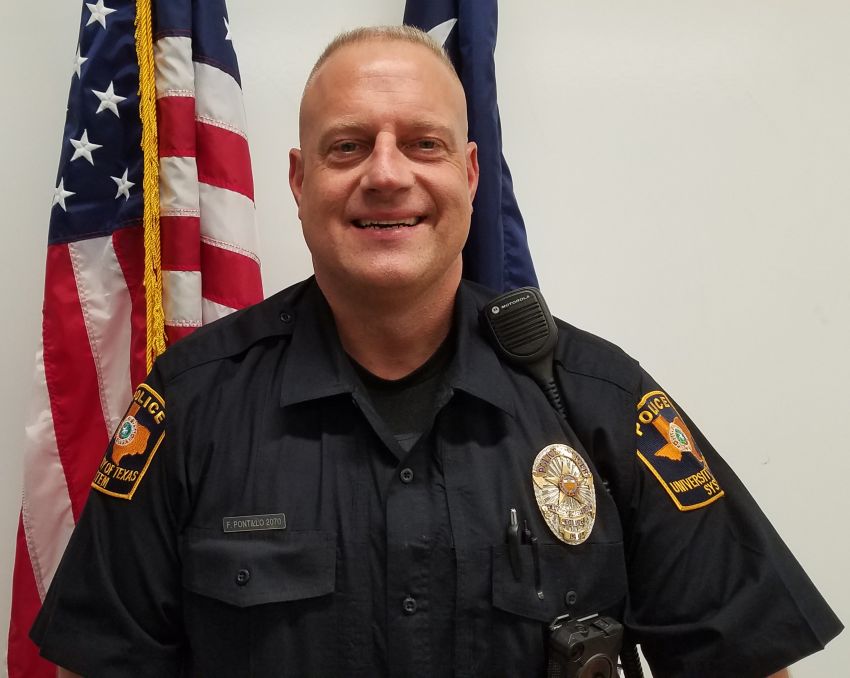 I was born and raised in Batavia, NY.  After high school, I attended Genesee Community College where I majored in Criminal Justice.  I was also Captain of the baseball team, both my freshman and sophomore years and was an Academic All American.  After completing an internship with the State University of New York at Brockport Police Department, I knew that Law Enforcement was my calling.

After graduating, I was accepted into the Rochester Institute of Technology.  At this time in my life I wanted some immediate experience while also seeing the world.  So I did the next best thing and joined the United States Air Force.  Joining the Air Force would be a turning point in my life. This is where I would meet my best friend and soulmate, Lola.

In 1997 we found ourselves in Dallas where my wife was working as an Air Force Recruiter and I was now a member of the Mesquite Police Department.  I worked in Patrol, Criminal Investigations, and Community Services.  As an Officer I served as a Field Training Officer, Burglary and Theft Detective, and School Resource Officer.  I found it very rewarding when training and mentoring new officers.  Mentoring, like leadership can be accomplished at all levels of an organization.

In 2008 I was promoted to Sergeant where I would go on to work as a Patrol Supervisor, Bike Supervisor and School Resource Officer Supervisor.  I also served as liaison for the Mesquite Independent School District.  In 2012 I wrote the first Standard Operating Procedure for the School Resource Officer program.  I also worked with the Texas Police Chiefs Association during Mesquite PD’s inauguration for their recognition program.

During my tenure, I received 47 commendations to include two lifesaving awards and in 2008 I was awarded the VFW Officer of the Year.  I am also a graduate of the Institute for Law Enforcement Administration 98th Class School of Police Supervision.

In 2017 I retired from Mesquite PD and began searching for a 2nd career in law enforcement.  I observed that The University of Texas at Austin was hiring.  Having worked with the Mesquite Independent School District, this really peaked my interest.  I applied and was hired in July of 2017.  I’m currently assigned to the Executive Protection Detail at UT Systems where I ensure that all staff and visitors are safe.  I also work as a Background Investigator for UTPD.

Lola and I have been married 24 years and she has since retired from the United States Air Force.  We have two wonderful daughters, Angelina 23 and Serena 19.

I am privileged to have been given this opportunity by UTPD and I look forward to serving with them for many years to come.