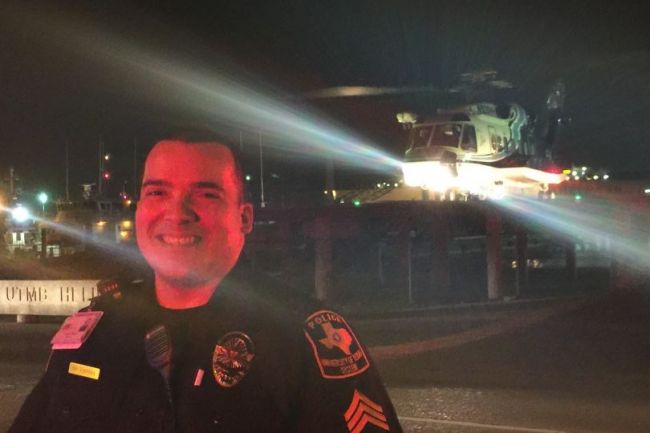 Having just returned to a sense of normalcy after having worked through Hurricane Harvey, I watched news outlets nervously as it became obvious that hurricane Maria was going to cross through the center of Puerto Rico. There was no stopping it and hurricane Maria barreled onto Puerto Rico on September 20 2017. Within hours news outlets were reporting that the island was 100% without power and there was little to no available phone or cell phone service.

By September 25th I was already working with friends and family to organize a trip to the island and search for family members from whom we had not heard from since hurricane Maria made landfall. Getting there was beginning to be a logistical nightmare. My trip was cancelled twice and modified several times. Many factors were causing this flight cancellations. There were unconfirmed reports that the hurricane had destroyed the airport’s radar which meant that ALL air traffic control was having to be done by Miami airport.

Ultimately I made two trips to Puerto Rico. My first trip (09/30/17 through 10/04/17) priority was to find my family members, ensure that they were safe, and provide them with MREs and water filtration systems so they didn’t have to depend on any aid. My second trip (10/09/17 through 10/14/17) was to be dedicated to volunteering and providing disaster relief.

I departed on 09/30/2017 and landed at Luis Muñoz Marin International Airport in San Juan. I took with me my badge, side arms, body armor, water filtration systems, satellite phones and over 70 lbs of MREs to hand out. The airport had no power. After getting my luggage I headed to the baggage claims office to claim my firearms case. They didn’t have it and the staff had already removed all suitcases. I waited for 10 minutes before a nervous supervisor brought it to me and told me that the staff had placed my firearms containing case on the conveyor belt with all the rest of the passenger bags.

Aside from those issues I was very fortunate on this trip. Much to my surprise, the car rental agency was operating with a generator and found my reservation. It had been a source of stress because while in the US I had not been able to confirm with anyone if the vehicle was available or if it had been damaged in the hurricane and subsequent floods.

Thankfully I was able to locate all of my family members from whom we had not heard from. I left them with batteries, MREs, water filtration systems, and morale boosting cigars for one of my uncles. Since I had taken my police credentials I had been able to stop for gas and use the pumps reserved for law enforcement. If this hadn’t been the case I would not have been able to travel through the island looking for relatives because the lines for gas were miles long and average wait times were 3-4 hours.

What I should have anticipated but still took me by surprise was the shock of seeing so many people in need, so much destruction and what used to be a tropical paradise reduced to what now looked like a third world country. The mountains, once deep green were now all brown. At first I thought it was mud, but as I traveled through the island I realized that they looked brown because of the leafless trunks of trees. I can best describe it by saying that it looked as if napalm was dropped all over, except for the burning.

I returned to TX feeling relieved that I had managed to succeed in my mission to find my family and make sure they would survive. But on my first morning after having returned I went to a restaurant for breakfast. The waitress brought the food over and I was overwhelmed with guilt of having a nice warm meal so easily accessible to me…

On my second day back I began planning the second trip. With the safety of my family assured, I wanted to volunteer and assist in any way possible during this trip. By sheer miracle and the help of dozens of individuals I was able to board on October 9th a private plane owned by the CEO of a local restaurant chain. The plane was full of equipment for the Jesuits, The Foundation for Puerto Rico, and the Cajun Airlift. I flew down to PR with members of all three organizations on this plane.

I attached myself to the Cajun Airlift and spent the first three days in Vieques. It is a small island to the Southeast of Puerto Rico and its one of its 78 municipalities. Unfortunately for the local residents, the fact that they are separated from the “big island” as they call it, they are mostly on their own. Local residents had worked by themselves to clear roads and right utility poles. The military had a significant presence in Vieques and I am very thankful for it. With their high powered radios and equipment they set up camp at the mayor’s building and had a limited phone service to request supplies such as gasoline, diesel for the hospital generators, food and water. I distributed police radios donated by Motorola and an effort to facilitate communications between the Cajun Airlift personnel at the airport, mayor’s building and the town.

I flew back to the big island after 3 days in Vieques and attached myself to the Rotarians whom were working directly with the Jesuits priests and bringing water filtration technology to many towns. Unfortunately my trip was cut short when I was warned that ALL plane tickets out of the island were currently being sold-out. I was supposed to have flown back October 16th, but when I contacted several airlines I found out that either I could leave the very next day (October 14th) or wait until October 21st which was the next available flight out.

I am currently securing further supplies and have a generator available. Due to rampant thefts of gasoline generators airlines will not ship “unattended” generators. To that end I’m currently exploring the possibility of a third trip.

These two trips to Puerto Rico allowed me to meet amazing and resourceful individuals whom went out of their way to help those in need and to whom they have no blood relation to. They were truly inspiring to me and I will forever be grateful for what they did for so many in Puerto Rico.