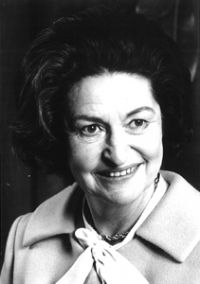 Remarks at A Symposium on the Arts, September 30, 1975
regent-johnson-claudia-04.jpg 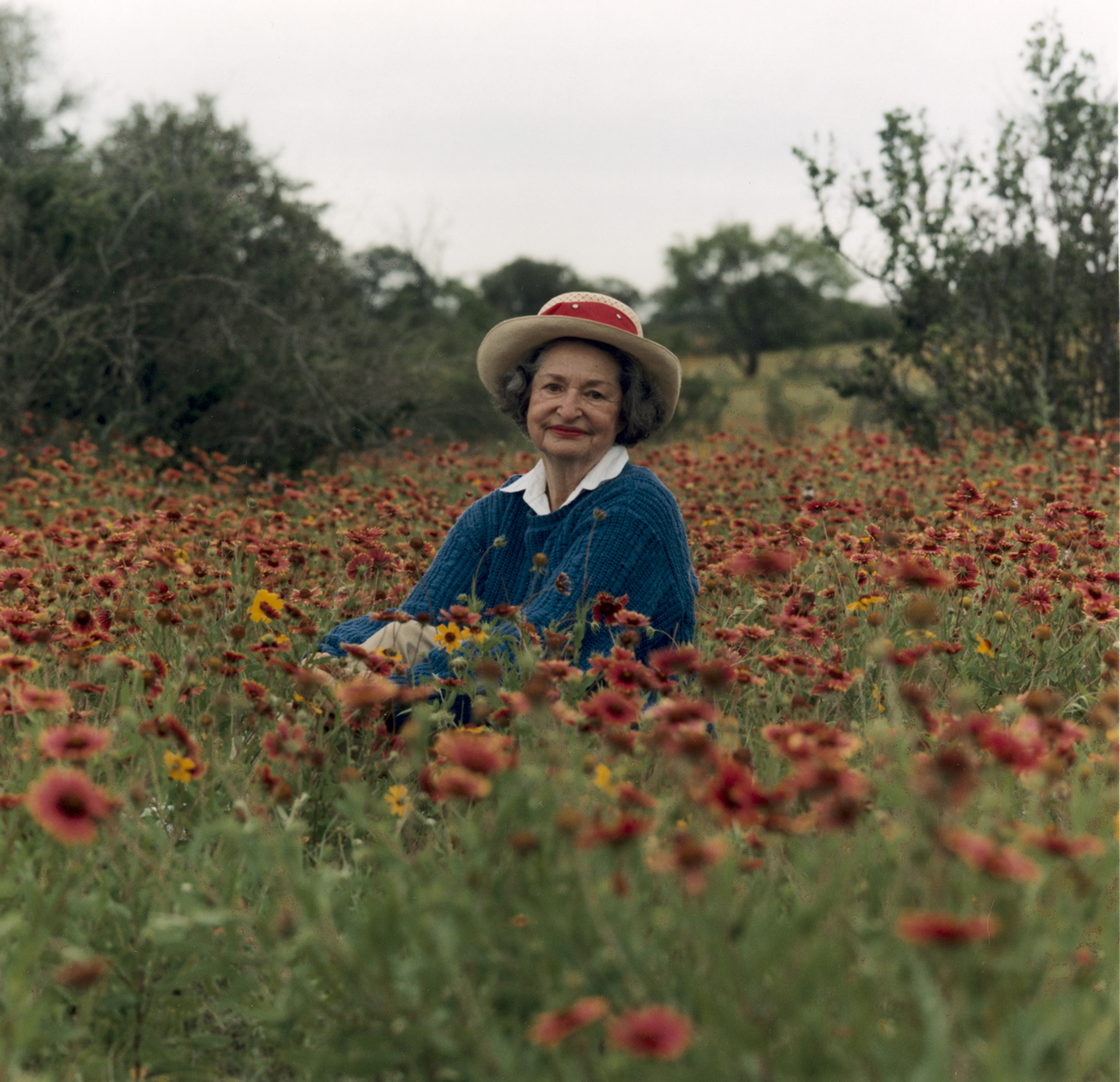 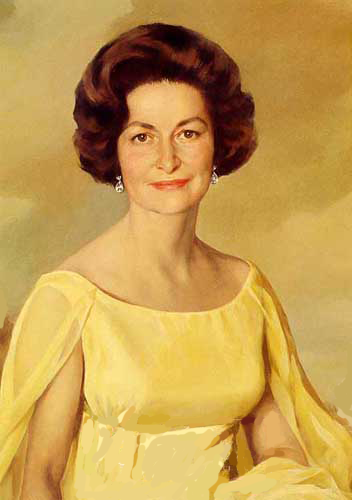 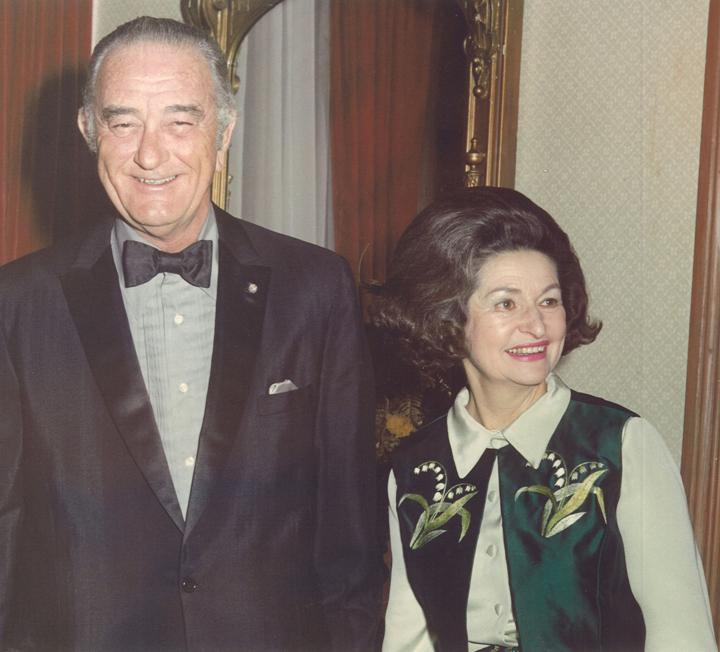 A FORMER FIRST LADY LEAVES US HER LEGACY

Every spring, when the wildflowers bloom, Texans experience the legacy of the woman the nation lovingly called Lady Bird. Her commitment to the environment and the University will be felt for generations to come.

Her family remained by her side during her last days, singing hymns and reading Bible verses, said family spokesman Neal Spelce. Last rites were read to her by the Rev. Bob Scott of the St. Austin Roman Catholic Parish.

"At the moment when they were finished, she took her last breath," Spelce said.

A family physician for Lady Bird told Spelce that Lady Bird's death was the most peaceful death one could ever hope for.

Johnson was hospitalized last month with a fever. She stayed at Seton Medical Center for a week before returning to her home in West Lake Hills.

The family released information just moments after she died at 4:18 p.m., triggering an outpouring of media attention and mourning from around the world.

"Laura and I mourn the passing of our good friend, a warm and gracious woman," said President George W. Bush in a written statement. "Those who were blessed to know her remember Mrs. Johnson's lively and charming personality, and our nation will always remember her with affection."

Johnson spent much of the latter half of her life in Austin. She remained active with the University and environmental projects.

Johnson graduated from the University, where she worked for The Daily Texan, in 1933 with a bachelor of arts in history with honors. She later earned a bachelor of journalism, again with honors, in 1934. Johnson returned to her alma mater many times. In 1964, she was given a Distinguished Alumnus Award and an honorary doctor of letters degree. She served on the UT Board of Regents from 1971 to 1977.

In the early 1970s, she was involved with the creation of her husband's presidential library and museum at the University, as well as the LBJ School of Public Affairs. Lady Bird's office at the University remains a permanent exhibit, complete with the original desk and a view of the Texas Capitol. The exhibit, titled "The First Lady's Gallery," also contains love letters between Lady Bird and President Johnson and home videos.

Johnson remained enthusiastic and highly involved with all projects related to the presidential library. The library received all of LBJ's archives, including more than 1,000 taped conversations from his tenure in the White House, with the intention they remain sealed until 50 years after his death.

"After a few years, I began to want to open those tapes," said Harry Middleton, a former director of the library. "I was sure that they were going to be of considerable historical value, and I felt we should not wait 50 years. She said, 'I'll support you whatever you do.' They turned out to be some of the most valuable historical things in the library."

Johnson's true passion in life was the environment. In the days leading up to her death, she received a letter from an elementary school student thanking her for all her work over the years and calling her "Mother Nature," Spelce said.

"Mrs. Johnson has maintained for years - in fact, her whole life - that the land belongs to the people," Spelce said. "She was a gentle force of nature for the environment."

Johnson co-founded the 60-acre National Wildflower Research Center east of Austin in 1982. Since then, the center has been moved to the Hill Country southwest of Austin, expanded to 279 acres and renamed the Lady Bird Johnson Wildflower Center. In 2006, UT adopted the center as an organized research unit.

After returning to Central Texas, Johnson walked the shores of Town Lake and was dissatisfied by the muddy banks of a lake that she considered a treasure for the city. She spearheaded an effort to revitalize the shoreline, adding 10 miles of hike-and-bike trail.

"I think she has left a rich environmental legacy, and it is up to us to carry on her legacy," said Bob Stanton, a member of the Wildflower Center's advisory council and former president of the National Park Service. "No doubt her legacy will continue."

Johnson personally gave awards to members of the Texas Highway Commission who helped beautify the sides of highways by planting bluebonnets and other wildflowers.

"Every wildflower brightening our roadways is a testament of her service to our nation," said U.S. Rep. Lloyd Doggett, D-Texas, in a written statement.

Lady Bird, born Claudia Alta Taylor on Dec. 22, 1912, in the East Texas town of Karnack, was given her nickname as a child, and it stuck ever since. Her mother died when she was 5 years old, leaving Lady Bird and her two older brothers to be raised by an aunt and their father, a wealthy general store manager.

She was introduced to Lyndon Johnson, then a congressional secretary, in 1934. They married only seven weeks later in November. Most of the long-distance courtship was conducted via letters, which can be viewed at the LBJ Library.

Before becoming first lady, Lady Bird owned and operated an Austin radio station she bought with her own money, campaigned for her husband's elections and ran his congressional office when he volunteered for the U.S. Navy in World War II. She stood by his side as he was sworn in as president Nov. 22, 1963, after John F. Kennedy's assassination.

Spelce said Lady Bird was a steadying influence to her husband.

"He was bombastic and aggressive, and she was a genteel, gracious daughter of Texas," he said.

While in the White House, she formed the First Lady's Committee for a More Beautiful Capital, which worked to beautify parks and clean up poorer neighborhoods in the Washington, D.C., area. The Highway Beautification Act of 1965, known as the "Lady Bird bill," prompted nationwide efforts to make highways less unsightly.

Services will be held throughout the weekend, including a public viewing at the LBJ Library and a ceremonial cortege moving from Austin to a family cemetery in Stonewall.