He married Mary Louise Lowe on March 5, 1929, and they have two children, Marinda (Mrs. Gus Vletas), and Mary Lou.

Following are other activities in which he has participated in various roles of responsibility and importance: He was Southwestern Regional Administrator, FCDA, 1951-1955, and a consultant to the National Administrator, 1955 to date. He was a member of the Texas Prison Board 1947-1957 and served as Chairman the last four years of this tenure. Currently, he is Chairman of the Board for State Hospitals and Special Schools for the State of Texas. He was Chairman of the Texas Import Study Commission, 1957-1959, and a member of the Texas Finance Study Commission, 1957 to date. He is a member of the Executive Reserve with assignment to the Fuel and Energy Committee, Office of Civil and Defense Mobilization.

He served as Lt. Colonel, USAAF, 1942-1946; was decorated with Legion of Merit; was Chief of Military Personnel for the Southeast Area Command Headquarters at Warner Robins, Georgia; also was director of training and deputy for plans and training for a period for more than one year for this area command. Military personnel trained under his direction exceeded 100,000.

He has participated in training, testing, and research in three atomic bomb tests at the Proving Grounds in Nevada and participated in and witnessed the Hydrogen Bomb test in the Pacific. He has attended and assisted in the conducting of many schools sponsored by OCDM. He has had ten years training and experience under Public Laws 920 and 875. He has “Q” clearance with this agency and has had for many years. He has attended many seminars, conferences, panel discussions, and briefings of this Federal Agency over the past ten years.

He resides at 881 Highland and his business offices are in the Citizens National Bank Building, Abilene, Texas. His business telephone is OR2-1257

For further reference, see “Who’s Who in America and the 1960 Edition of Burkes Peerage “International Year Book and Statesman’s Who’s Who.” 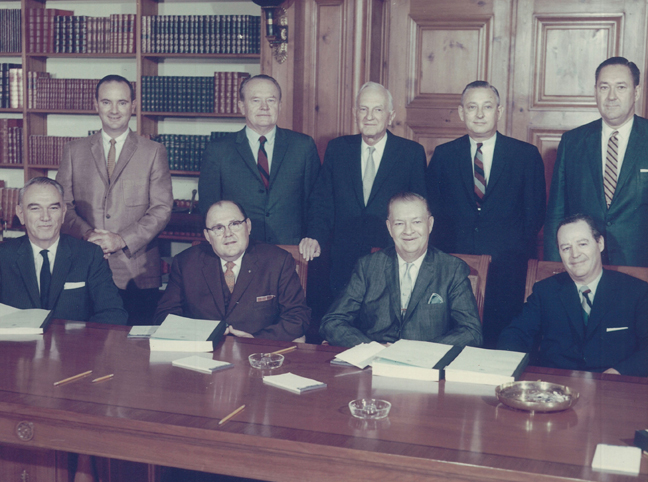