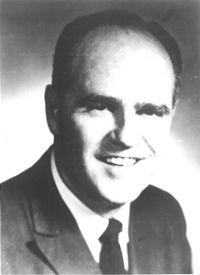 JACK S. JOSEY of Houston, president of the Josey Oil Company, is vice-chairman of The University of Texas System Board of Regents. He was appointed to a six-year term on the Board of Regents in 1965 by Governor John Connally. Mr. Josey first became board vice-chairman on Dec. 1, 1966, and was re-elected to that position on December 7, 1967.

A 1939 graduate of The University of Texas at Austin, Mr. Josey holds a Bachelor of Science degree in petroleum production engineering. He is a former president of the U. T. Dads' Association and a life member of the Association's executive committee. Mr. Josey serves on the boards of several business enterprises and is a board member of Hermann Hospital in Houston.

For many years Mr. Josey has given support to a variety of U. T. projects. He and his wife, the former Elva Johnson, provided furnishings for the Academic Center's' Josey Room, a study used by students in UT honors programs.

Mr. and Mrs. Josey are the parents of three children-- Lenoir, a U. T. Austin graduate now enrolled in the Harvard Graduate School of Business; Carolyn (Mrs. John Young), who also has a degree from

U. T. Austin, and Bobbie, a high school senior.