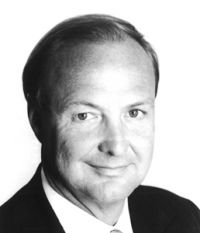 Hicks Holdings’ sports ownership holdings include the Texas Rangers Baseball Club, the Dallas Stars Hockey Club, a 50% interest in the American Airlines Center and most recently, a 50% interest in Liverpool FC, an English Premiership Club which is known as "Britain’s Most Successful Football Club." In addition, the firm is a partner with Hillwood Development Company in the Victory Park project in downtown Dallas, and is also the co-developer of Glorypark, a 75 acre urban town center adjacent to Ameriquest Field in Arlington whose neighbor will soon be the new Dallas Cowboys Stadium. Hicks Holdings is also developing Champions Park, a 40 acre office/retail development in Frisco, Texas adjacent to the Dr Pepper Ballpark and Dr Pepper StarsCenter.  Through Hicks Trans American Partners, Hicks Holdings also selectively makes corporate and real estate investments in South America.

Thomas O. Hicks is in his ninth season as Chairman of the Board and Owner of the Texas Rangers and serves as the team’s representative on the MLB Board of Governors.  During his ownership, the club has captured two American League West Division titles, winning a franchise record 95 games in 1999. Mr. Hicks is on the board of directors of Major League Baseball Advanced Media, the internet-based subsidiary of Major League Baseball.

Purchasing the Dallas Stars in February 1996, Mr. Hicks is the team’s Chairman of the Board and the club’s representative on the NHL Board of Governors. He also serves on the NHL Executive Committee and the NHL Audit and Finance Committee. The Stars were the 1999 Stanley Cup Champions, were Stanley Cup finalists in 2000, won the NHL’s Presidents’ Trophy for the best regular season record in both 1997-98 and 1998-99, and have captured seven division titles under Mr. Hicks’ownership.

With strong ties to the community, he has provided continuing support to numerous local organizations, and has also held various charity board memberships. Mr. Hicks was the 1996 co-chair of the Dallas Jewish Coalition for the Homeless "Vogel Alcove" project, and was honored as the recipient of the 2000 Henry Cohn Humanitarian Award for the Anti-Defamation League. He has also been a past ecipient of the Father of the Year Award.

The father of six children, Mr. Hicks and his wife Cinda reside in Dallas.