Regents approved the appointment at the board meeting today. Woodley, who is the former president of the University of Louisiana System, was unanimously selected as the sole finalist for the position at a special board meeting in March. 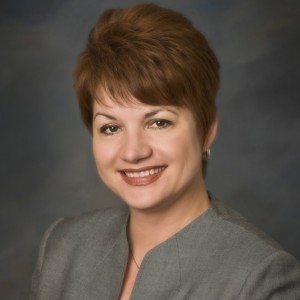 Woodley will replace current UT Permian Basin President David Watts, Ph.D., who announced in August his plans to step down as president effective Aug. 31, 2017, after serving 15 years leading the institution.

“Dr. Woodley is an exemplary leader who not only has broad experience and talent, but also the vision and dedication necessary to propel UTPB on its path to excellence,” Board Chairman Paul L. Foster said. “She has been instrumental in higher education strategic policy and planning and enhancing community relationships in positions throughout her career, and I know the growing UT Permian Basin and entire Midland-Odessa community will benefit from her leadership.”

UT Permian Basin is a vibrant, student-focused institution for learning, culture and economic development, which experienced a dramatic 68 percent increase in headcount and 56 percent increase in semester credit hours during the past five years. This growth has been fueled by the creation of new accredited programs in engineering, nursing, athletic training and other high-demand areas. The recent launch of a football program has also helped increase enrollment, as well as school spirit, alumni identification and community engagement.

Woodley is no stranger to the UT System. From 2010 to 2013, she served as the System’s vice chancellor for strategic initiatives, where she led long-term strategic planning, policy research and accountability efforts. Woodley worked directly with senior-level academic and professional teams and faculty to develop policies, initiatives and analytics related to the long-term vision of the System, especially those related to improving graduation rates, degree production, affordability and student debt.

Woodley left UT to serve as the chief executive officer for the University of Louisiana System, a post she held from 2013-2016. There she led the state’s largest higher education system, which serves about 90,000 students at nine universities. Woodley worked with the state’s governor and legislature, the system’s Board of Regents, as well as campus presidents and members of the public on matters of higher education policy.

“I am humbled by this chance to serve The University of Texas System once again,” Woodley said. “UTPB has a heart for students, particularly the underserved, and I am inspired by this. I will do everything I can to ensure that UTPB continues to be a place where opportunity meets excellence.”

Woodley has been engaged in multiple higher education consulting projects since leaving the University of Louisiana System that include providing strategic planning during a time of transition with Kentucky State University; serving as senior strategy advisor for the National Association of System Heads; and serving as senior fellow for the American Association of State Colleges and Universities, where she is conducting policy research for AASCU’s Leadership Academy.

Woodley earned both a bachelor’s and master’s degree in business administration, where she focused on finance and economics, from Auburn University. She also holds a Doctor of Business Administration-Management from Nova Southeastern University.

About The University of Texas System

Educating students, providing care for patients, conducting groundbreaking basic, applied and clinical research, and serving the needs of Texans and the nation for more than 130 years, The University of Texas System is one of the largest public university systems in the United States. With 14 institutions and an enrollment of more than 221,000, the UT System confers more than one-third of the state’s undergraduate degrees, educates almost two-thirds of the state’s health care professionals annually and accounts for almost 70 percent of all research funds awarded to public institutions in Texas. The UT System’s operating budget for FY 2017 is $17.9 billion, including $3 billion in sponsored programs funded by federal, state, local and private sources. With more than 20,000 faculty – including Nobel laureates and many members of the National Academies – and nearly 80,000 health care professionals, researchers, student advisors and support staff, the UT System is one of the largest employers in the state.