Regents approved the appointment at a special called meeting of the board today. Eighmy was unanimously selected as the sole finalist for the position at a board meeting last month. Under state law, university governing boards must name finalists for a presidency at least 21 days before making an appointment. 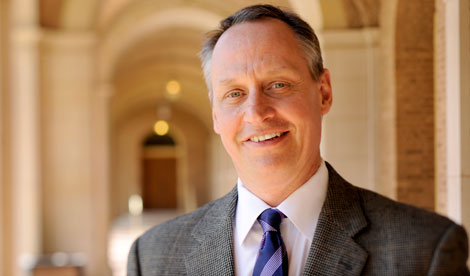 Eighmy, who is also a professor of civil and environmental engineering at the University of Tennessee-Knoxville, has extensive experience in university leadership ranging from developing top tier research institutions to building critical student success programs, especially around experiential learning and undergraduate research. He has worked very closely with state legislators, industry and business and civic leaders to develop critical and sustainable public-partnerships and realize new resources from a variety of public and private sources. As a chief research officer, he has continuously championed external engagement, particularly community engagement.

While at the University of Tennessee, Eighmy and colleagues at Oak Ridge National Laboratory directed efforts that resulted in the University of Tennessee’s selection to lead the Institute for Advanced Composites Manufacturing Innovation, a $259 million public-private partnership supported by the U.S. Department of Energy. Eighmy, the principal investigator of the project, was founder and served as board chair for the Institute’s parent company. The work of the Institute has led to significant technological innovations and economic development, both regionally and nationally, around advanced manufacturing.

“Dr. Eighmy has an outstanding background as a professor, researcher, inventor and administrative leader which has provided rich and diverse experiences in the university setting and beyond,” Regents’ Chairman Paul L. Foster said. “Given UTSA’s growing reputation and continued pursuit of Tier One university status, Dr. Eighmy is an exceptional choice to lead this remarkable institution as it strives to reach even greater heights.”

The search for a new leader began late last year, after President Ricardo Romo announced his plans to retire. Pedro Reyes, Ph.D., the UT System’s former executive vice chancellor for Academic Affairs, has been serving as interim president since March, when Romo stepped down.

Eighmy is a fellow of the American Association for the Advancement of Science, the National Academy of Inventors and the American Academy of Environmental Engineers and Scientists. He served as a member of the U.S. EPA Science Advisory Board for more than 11 years and has worked closely with the National Academies’ Government-University-Industry Research Roundtable, the University-Industry Demonstration Partnership and the U.S. Council on Competitiveness’ Technology & Leadership Strategy Initiative. He has served on the boards of Oak Ridge Associated Universities, the Southeastern Universities Research Association, The University of Tennessee Research Foundation, Cherokee Farm Development Corporation and a number of community, economic development and technology start-up boards.

“I am profoundly grateful to the UT System Board of Regents for this incredible opportunity. I believe that great cities need great universities,” Eighmy said. “All the ingredients are in place for UTSA to leverage access and discovery to become the very best Hispanic-serving top tier research university. UTSA should be the exemplar for the new urban-serving university, and I hope it can become a beacon for all as a place to learn, discover and engage. I look forward to working with the faculty, staff, students and community leaders to realize these aspirations and am very appreciative of the warm welcome and support from the UTSA community, especially from Interim President Reyes.”

Eighmy and his wife Peggy look forward to returning to Texas and making San Antonio their home. The couple have one daughter, Hannah, a NICU nurse at Children’s National Medical Center in Washington, D.C. Eighmy intends to visit the UTSA campus prior to his start date and looks forward to meeting the Roadrunner community.

About The University of Texas System

Educating students, providing care for patients, conducting groundbreaking basic, applied and clinical research, and serving the needs of Texans and the nation for more than 130 years, The University of Texas System is one of the largest public university systems in the United States. With 14 institutions and an enrollment of more than 228,000, the UT System confers more than one-third of the state’s undergraduate degrees, educates almost two-thirds of the state’s health care professionals annually and accounts for almost 70 percent of all research funds awarded to public institutions in Texas. The UT System’s operating budget for FY 2017 is $17.9 billion, including $3 billion in sponsored programs funded by federal, state, local and private sources. With more than 20,000 faculty – including Nobel laureates and many members of the National Academies – and nearly 80,000 health care professionals, researchers, student advisors and support staff, the UT System is one of the largest employers in the state.