UT System Chancellor James B. Milliken announced today that Ben Raimer, M.D., a physician-leader whose service to the Galveston community and the state of Texas has spanned five decades, has been appointed interim president of UT Medical Branch. 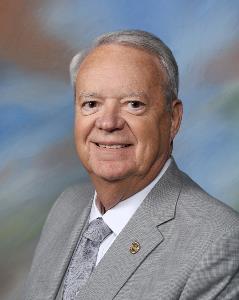 Raimer will temporarily take the reins from David Callender, M.D., who announced last month that he would be stepping down as UTMB president to become president and CEO of the Memorial Hermann Health System.

Raimer will serve as interim president while the Board of Regents launches a national search for a permanent president for UTMB, Milliken said.

“UTMB is a health science center of global influence that also is entrusted with caring for the people of Galveston and its surrounding communities,” Milliken said. “Dr. Raimer clearly understands this dynamic. He has been devoted to the Galveston community for decades and has considerable expertise in patient care and health care management. Dr. Raimer will be a strong and capable leader for UTMB during this transition period.”

Raimer, currently senior vice president for the Office of Health Policy and Legislative Affairs at UTMB, is a tenured professor in the departments of Pediatrics, Family Medicine and Preventive Medicine and Community Health. He has held numerous academic and administrative positions at UTMB over the past 40-plus years.

Raimer’s connection to UTMB goes back even further. After receiving his undergraduate degree from East Texas Baptist University, Raimer earned a master’s degree in human genetics from the UTMB Graduate School of Biomedical Sciences and a medical degree from the UTMB School of Medicine.

Much of Raimer’s practice has been devoted to the evaluation and treatment of children and adolescents with behavioral disorders and learning disabilities. He is a nationally recognized expert and author on the prevention and treatment of child abuse and neglect and also has extensive experience in health care practice management, correctional health care and telemedicine.

“The Board of Regents is profoundly grateful to Dr. Raimer for his willingness to assume this position during a critical time of growth for UTMB,” said Kevin P. Eltife, board chairman. “His extensive experience will serve UTMB well as we prepare to appoint a presidential search advisory committee and launch a national search for Dr. Callender’s permanent successor.”

Throughout his career, Raimer has held numerous leadership positions with statewide, community and health-related organizations. He is a former president of the Texas Pediatric Society, was previously appointed by Gov. Rick Perry to serve as chair of the advisory council of the Texas Health and Human Services Commission and is a past-chair of the Galveston Chamber of Commerce Board of Directors, among others.

Raimer has been honored by several state and national children’s advocacy organizations and also has received numerous accolades for his public service. The Galveston County Daily News bestowed Raimer with its Citizen of the Year Award in 2008, and he is a recipient of the Ray E. Helfer, M.D. Award from the American Academy of Pediatrics and National Alliance of Children’s Trust and Prevention Funds.

About The University of Texas System
For more than 130 years, The University of Texas System has been committed to improving the lives of Texans and people all over the world through education, research and health care. With 14 institutions, an enrollment of nearly 240,000 students and an operating budget of $21.1 billion (FY 2020), the UT System is one of the largest public university systems in the United States. UT institutions produce more than 60,000 graduates annually and award more than one-third of the state’s undergraduate degrees and more than half of its health professional degrees. Collectively, UT-owned and affiliated hospitals and clinics accounted for more than 8.2 million outpatient visits and 1.6 million hospital days last year. Across UT institutions, research and development expenditures total $2.9 billion – the second highest among U.S. public higher education systems – and the UT System is regularly ranked among the top 10 most innovative universities in the world. The UT System also is one of the largest employers in Texas, with more than 21,000 faculty – including Nobel laureates and members of the National Academies – and more than 83,000 health care professionals, researchers and support staff.